127 film is a paper-backed roll film format designed for still photography. 127 film is 4.6cm wide and was originally designed to take eight pictures in 4×6.5cm format. It was created by Kodak in 1912 for their Vest Pocket model – hence 127 was sometimes called Vest Pocket film. Many of the first generations of 127 film cameras were similar folders, and frequently inherited Vest Pocket or VP in their names – for example, the Dolly Vest Pocket. Some early Kodak cameras made in 1913 and later included Kodak’s patented Autographic feature, providing the photographer with a way to write notations on the back of the film while shooting. Autographic film and cameras were labelled A127.

Because enlargements were uncommon during the early usage of 127 film, it was generally contact printed, resulting in 4 x 6.5cm prints.

In 1930, during the Great Depression, the camera makers tried to economize on the use of film, and cameras began to appear taking 16 exposures in 3x4cm format on the 127 film, the first one being the Zeiss Ikon Kolibri. These cameras often used dual red windows, where a particular frame number on the film backing paper was advanced to appear first in one, then the other window. There are three frame sizes commonly used with 127 film: 4×3, 4×4, and 4×6.5cm. Frame numbers for the different sizes are printed in different heights on the paper backing so that only the relevant set of numbers are visible through the red window on the back of the camera. The original size, 4×6.5, has its numbers printed in the center. Cameras such as the Acro Model R and Zeh Goldi that use the half-frame 4×3 format have a pair of red windows aligned to the center through which the photographer would count each 4×6.5 frame number twice. As for 4×4 square format cameras, models like the Bilora Bella 44 had red windows on the bottom..

In the 1950s there was a short revival of the 127 film with cameras designed to take 12 exposures in 4x4cm format. Several firms produced high-quality cameras, primarily twin-lens reflexes, in this format. The film was available in colour slide emulsions, and the resulting 4x4cm slides could be projected in a normal projector designed for 24x36mm slides. They were advertised as Superslide. Kodak made such a range of very basic cameras. Rollei made a more advanced Rolleiflex Baby camera until the beginning of the 1960s. Togudu and Yashica in Japan produced outstanding examples.

After the 1960s, 127 film declined in popularity as camera manufacturers focused on 35mm. The 127 format, along with 120 and 620, became an official ISO medium-format film standard in 1975 with the publication of ISO 732. The 1982 revision of ISO 732 also included 127 but it was dropped from the third edition, published in 1991. Kodak ended production of 127 in 1995 and other major manufacturers immediately followed, but film was still made by some smaller firms. Notably, Fotokemika (‘Efke’) of Croatia continued making its R100 ISO 100 black-and-white film in 127 size (among other sizes) until 2012. R100 was originally an Adox emulsion, which Fotokemika licensed in 1970; interestingly, Efke supplied the film in many sizes to the new Adox company in Germany for sale under its own brand. Efke also made an infra-red film (IR820) in 127 size, though this was never widely available. In 2012 an equipment failure forced Fotokemika to close, and although Adox has replaced the R100 emulsion with a new one for 135, 120 and sheet film, the firm has not made this in 127 size.

Several films have been marketed under the Rollei brand; these films were made by (or for) the trading company Hans O. Mahn; the company has no relation to Rollei/Franke & Heidecke, makers of Rolleiflex cameras, but has licensed the name. Maco’s black-and-white film, Retro 80S (still available in 120 size) is an Agfa aerial-photography film. Other 127 film types were introduced for novelty uses: an E6 colour reversal film was sold as ‘Crossbird’, the available information encouraging C41 ‘cross-processing’, though ‘Superslide’ mounts were sold alongside it. ‘Nightbird’ is ISO 500-800 C41 negative film, but spooled ‘back to front’, giving unusual colour effects. Mahn also sold a normal colour negative 127 film, Macocolor UCN200. As of November 2014, only Nightbird was still offered in 127 size by the Mahn web-shop (also Rerapan; see below).

Jed Inge has a very interesting article on his website The Casual Photophile regarding 127 cameras. There is also another very informative article on the various Yashica 44 models.

Ezox of Japan, primarily an agricultural machine company, began distributing a black and white film in the spring of 2014 called Rerapan 100. In Spring of 2016, they started distributing ReraChrome 100 colour reversal film.

In 2006, Bluefire in Canada began manufacturing 127 C-41 colour print films which are made using film stock from major factories, which is machine-rolled onto custom-manufactured spools and backing paper.

Dick Haviland, a retired Kodak executive, has for many years made 127 films (and other near-obsolete sizes) by hand from salvaged spools and custom-printed backing paper, which he sells through major on-line retailers including B&H Photo of New York.

Ilford Photo (Harman Technology) has for two years made 50-foot x 46 mm-wide rolls of HP5 available in their ‘Ultra Large Format’ program, whereby film in unusual sizes is ordered via distributors (and paid for) in around June and delivered in the autumn. Some distributors (including B&H) appear to have arranged to have this bulk film spooled.

I support Nik & Trick Photographic Service in Kent, UK when it comes to 127 film, as they hand roll and supply Rerapan in 100 & 400 versions, 127 film is not available in South Africa unless you bring it in yourself.

There are currently 3 different Camera Holidays that celebrate the use of 127 film. The idea of a world-wide holiday when photographer shoot 127 film in vintage cameras originated at the UK website OneTwoSeven.org.uk in November of 2004. Several dates were discussed. One became the commonly celebrated worldwide 127 film holiday and two others were later adopted as local US 127 film holidays. On all three of these dates, large numbers of photographers load and shoot 127 film, posting the resulting photos online, usually to the Flickr 127 film group.

This gallery contains images from my first roll of 127 format film that I recently shot. 127 or 4x4cm is a new format to me and not far different from 6x6cm which is 120. I own five of these cameras, a non-functional Kodak Pocket Vest camera which needs a serious repair and is around 100 years old! I have four functional cameras – three TLR’s (twin reflex lens) and one SLR: – two Yashica 44A’s, one Kowaflex S with a single 65mm f/2.8 lens (and not that is not a spelling mistake, there are also Komaflex S cameras out there) a Baby Rolleiflex. Two of my Yashicas are Yashica 44A’s, these have a maximum shutter speed of B, 1/25 to 1/300 sec. At the time of my purchase I was not aware of that and later discovered that the Yashica 44 has a maximum shutter speed of B, 1 to 1/500 and also looks ever so slightly different from the Yashica 44A. My prefered Yashica would have been the Yashica 44 with a faster shutter speed especially when it comes to a faster film like Ilford Hp5, Kodak Portra 800 etc. The Yashica 44A’s were produced from April 1959 to July 1965 with a production life of 6 years. My other camera is a Baby Rolleiflex, it has a maximum shutter speed of 1/500, and is my most recent purchase. Focusing needs to be perfect, which is a learning curve on a 4x4cm screen held at waist level. I did make a few mistakes along the way, however, when you get it right, it is perfect. This comes down to experience with the camera in hand.

I finished off the roll of Rerapan 400 and developed it with my friend Graham in Barrydale at his The Studio Barn darkroom where we made use of the Massive Dev Chart to get the best possible development times from Ilford ID 11 in a 1+3 stock dilution. It was quite surprising at how long the development time was – 28 minutes compared to Kodak Tmax 400 at 15mins! I like the results, this film is gritty, much like Kodak Tri-X 320 or 400 depending on which format you use. Rerapan is by no means an Ilford or Kodak standard, it has flaws but is a good film for a beginner to use in this format. Scanning the 4x4cm film is challenging as I don’t have film holders as I do for the 6x6cm negatives, these keep the film flat and yield better scans.

I bought a roll film cutter from CamerHack in Italy, which is in its third version of the design. It allows you to cut any version of 120 film down to 127, leaving you with 16mm surplus of film which is actually perfect for 110 cameras if you can find 110 cartridges to re-spool.

I am enjoying my journey with this new format, more images will come with time, do look out for updates on my website and social media pages.

The images are of a high resolution nature and may take time to load. Click either on the advance arrow or on the image itself to view as a large single image. 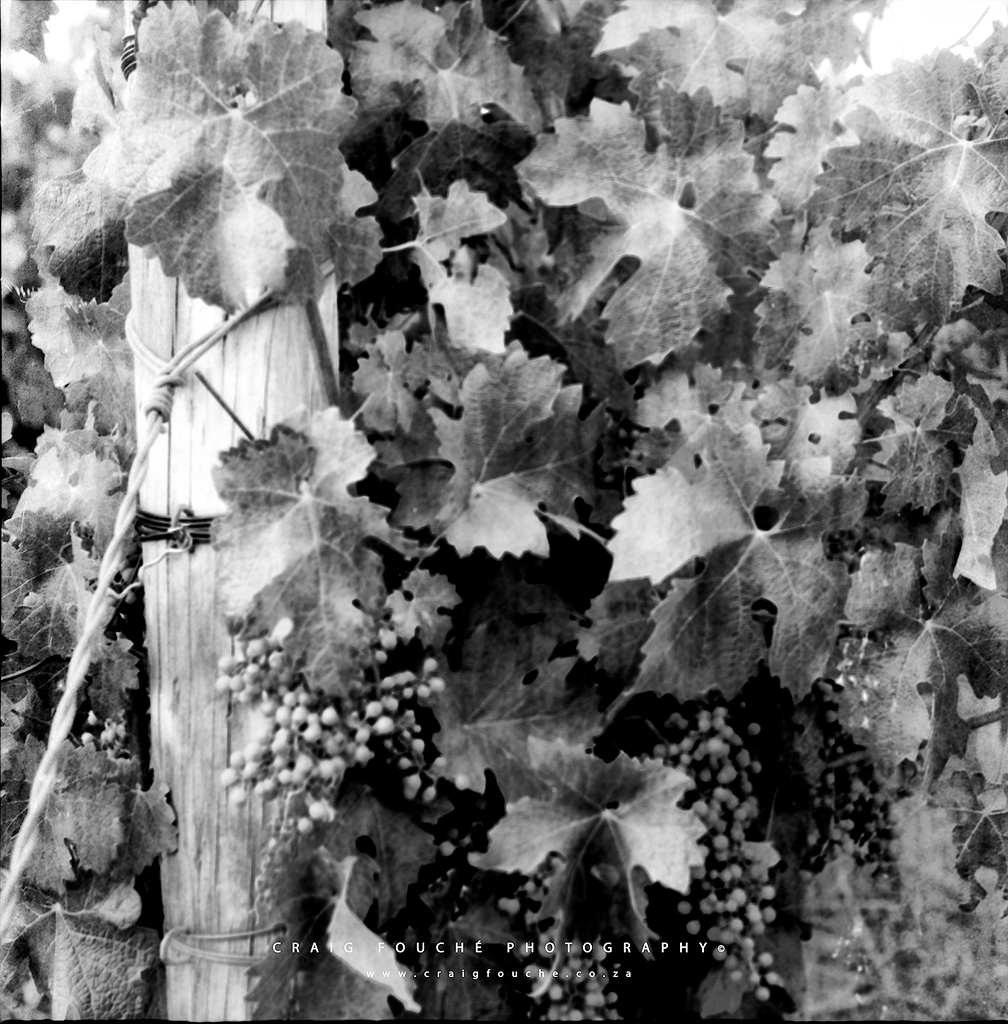